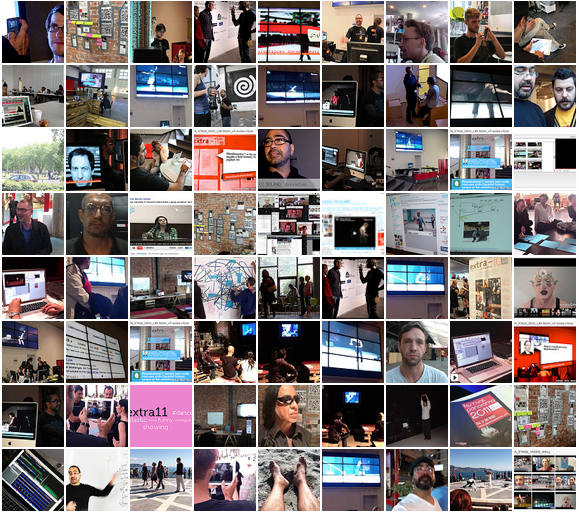 grid_lab  is a workshop/open space  that is deployed within  festivals or art events. It is a place for  social media production of news and  digital memory/storytelling of the event. The grid_lab participants become the production team as they learn with real artists and collaborate as embedded vloggers within the festival. It an excellent opportunity for collaboration between the venue, the local community and other local actors.

The grid_lab  creates a flexible connected space, adaptable for the needs of festival venues, facilitating direct participation of members of the local community as content producers.

grid_lab is a sustainable and collaborative format to produce and distribute networked digital content in the arts. It is geared to leverage the viral power of social media platforms and the new Internet (Web 2.0). It develops strategies and tactics to augment its internet presence, developing audiences and facilitating the generation and distribution of knowledge about art.
These strategies benefit from  the dance-tech.tv and dance-tech.net engaged international community of more than 5000 members including individual artists and organizations.
grid_lab use all the dance-tech.net platforms and  programs: dance-tech.net,  dance-tech.TV and interviews.
There is a meta network of high impact and presence in: Facebook, Twitter, YouTube, Livestream, USTREAM and Flickr.
- -
The grid_lab transforms a festival hub, gallery space or the theater lobby in an interactive lab for experiments on the use of Web 2.0 technology such as: social networking, post-pc technologies (IPads 2 and I Phones 4), video podcasting, locative media and  live video broadcasting.
Special video conferences and remote dialogues with international guests may be scheduled. Screenings of selected high quality  content relevant to the event may also be organized as part of the grid_lab activities.
- -
It is conceived as an intervention of the festival or event site creating a "spectacle of information and knowledge" and  its production with a collaborative approach.
It becomes a communication hub  deploying:
It deploys three interrelated modes:
- The lab is an open and mobile /working /production space with visible monitors and computational portable devices. 2 LCD screens fill the back wall of a space created with tables and benches. It is a workshop on hybrid storytelling,  social media, networked communication and collaborative creativity that takes place in the grid_lab space.

The participants are introduced to the new internet, web 2.0 video production tools and use them to collaborate in the generation and distribution of information and news during the festival or event. They use the grid_lab setting as a space for experimentation on participatory journalism and new social media platforms.

We discuss how technology creates new options of experience and interact interaction with art, culture, economics, knowledge production,  and the aesthetics aspects of communication.

The participants become the media production team of event. -
grid_lab
Installation
All  video screens play the material produced by the participants as video loops, data mash-ups and video live streams. Images from  interviews, performances are processed in real-time creating an semi-abstracted video environment mixing the media produced during the festival.
- -
An installation with QR codes evolved during the festival giving access to the produced content via  portable devices with QR code scanners.
- An assistant with hight level of new media literacy, knowledge of  English and the local language and area is necessary. This person will lead the grid_lab operations after in absence of marlon barrios solano.

The grid_lab and embedded_vlogger has been deployed in the following events: