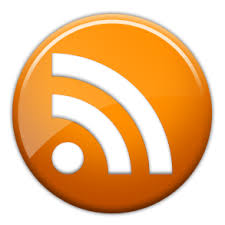 One of the main characteristics  of the new internet is its potential for aggregation of related content as  “data” streams with the use of hashtags, tags and RSS feeds.

We propose for this week to explore the storytelling potential of a stream of still images, texts and hashtags for conveying  a sense place, site, and mundane in relationship with our bodies.

This investigation is situated as  a counterpoint with the Screentest, where we explored  the relationship of our still bodies in front of a camera as  way of “arriving” and convey a sense of presence.

In Story-snapshots we propose to use streams of snapshots (still images), 15 seconds videos (short), hashtags, short texts of 140 characters (tweets), images and poems as “slices” of reality about the context that you inhabit, and where you move about.

You may use smart phones, digital cameras  and/or computers to post a stream of text, photos, short videos  and #hashtags about your context and everyday activities. You may include reflections and reactions to the experience  in the lab and the other activities.

Use any  of these platforms to create your stream:

Instagram is an online photo-sharing, video-sharing and social networking service that enables its users to take pictures and videos, apply digital filters to them, and share them on a variety of social networking services, such as Facebook, Twitter, Tumblr and Flickr.[5] A distinctive feature is that it confines photos to a square shape, similar to Kodak Instamatic and Polaroid images, in contrast to the 16:9 aspect ratio now typically used by mobile device cameras. You  need a smartphone (iphone or android) and download the instagram app.

Twitter is an online social networking service and microblogging service that enables its users to send and read text-based messages of up to 140 characters, known as "tweets".  You can use web and smartphones.

Flickr is a popular website for users to share and embed personal photographs, and effectively an online community, the service is widely used by photo researchers and by bloggers to host images that they embed in blogs and social media. For web and smartphones.

Cowbird is a community of storytellers. We build the world’s simplest and most beautiful storytelling tools, and we offer them for free to anyone who wishes to use them. When you tell stories on Cowbird, we automatically find connections between your life and the lives of others, forming a vast, interconnected ecosystem, in which we all take part.

Of course... you may use YouTube to create short videos of your context also tag them with metaacademy

If you use Cowbird you can post the url of your Cowbird story as a comment in this thread and also use the share button and select “twitter”. Remember always add the tag #metacademy

You can use share and use embedding with cowbird.

This material will be used for the Week 3.

All our stream will be aggregated here:

You are the stable, legible presence in your pink world.  i love it.

Funny thing, the idea just came by accident... only later, after uploading the video onto YouTube, I played a bit with the filters and got interested in this kinda psychedelic look. In the end, it really suited my living room vibe, since it is the place where I usually work on concepts, ideas and projects.

http://youtu.be/rZPJCeLYP-M
Is this the right thing to do?  I'm a little confused, but happy to play.
I've never used a hashtag. #Wha???

This is a GREAT video.  I get such a sense of where you are at.

Here's a good definition of Hashtag

from the awesome site http://www.momthisishowtwitterworks.com/

(I was not a twitter user before this project and I find this site very useful)  Note, hashtags are also really useful on other sites like instagram and google +

hash-tag: a word or phrase preceded by “#” that is used to organize tweets. You cannot use spaces or punctuation in a hash-tag. An example of a hash-tag in use would be “Today is a nice day, too bad I’m stuck inside #annoying”. If you clicked on the tag #annoying, you could see what other things users tagged as #annoying. Another use is to gather opinions about an event or topic. For example, at a conference the organizers might ask everyone to add the hash tag #conference2010 to all of their tweets. That way all attendees or even those not attending can see what people are learning / thinking at the conference by viewing all tweets with the #conference2010 hash tag. Many people use hash-tags as a way to punctuate a joke on twitter or make funny sentence-long hash-tags.

Completely agree with Rachel! Could almost feel the smell of a freshly cooked meal coming from the kitchen... :)