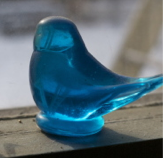 Press conference on the New York Dance and Performance Awards, aka The Bessies

Produced in Partnership with DanceNYC

NOMINATIONS ANNOUNCED FOR 2011-12 NY DANCE AND PERFORMANCE AWARDS, THE BESSIES

The Bessie Selection Committee will announce the final dance artists and productions being considered for NY Dance and Performance Awards for the 2011-12 season. This is only the second year in the awards’ 28 year history that nominations have been announced. It is a change aimed at letting the artists and the public know what work, out of the hundreds of pieces viewed, were selected for final consideration by the Committee. All of the work and artists nominated have achieved an extraordinary level of recognition.

The recipients will be announced at the The Bessies NY Dance and Performance Awards ceremony on Monday October 15, 2012 at The Apollo Theater

For the first time, Juried Bessie Award will be presented at the annual July press conference. The Juried Award, inaugurated last year, is unique in several ways. It is the only award chosen by a Jury rather than the Bessie Selection Committee. The Jury, consisting of acclaimed choreographers who serve for one year only, are asked to choose a choreographer they feel is doing among the most interesting, thought provoking, and adventurous work in the city.

The artist they choose is then offered touring opportunities for their work via Bessie partnerships with regional presenters. Our lead touring partner, Nazareth Dance Festival in Rochester will again present the recipient of this year’s award. And there will be exciting announcements regarding new touring partners at the press conference.

Mikki Shepard of the Apollo, Lar Lubovitch and Jawole Willa Jo Zollar of the Bessie Jury,  Nicky Paraiso and Muna Tseng of the Bessie Selection Committee, and other honored members of the dance world will speak.

There will also be a special video message from the recipient of the 2011 Juried Bessie Award, Beth Gill. Gill is currently performing at Nazareth Dance Festival as part of her award year.

RSVP to Lex Curry at thebessies.press@gmail.com

For more information on the Bessie Awards, go to www.dancenyc.org/bessies

NOTE: Prior to the press conference, from 5 to 6 pm on Wed July 18th, there will be a Cocktail Party to support and celebrate The Bessies. Tickets are available here: bessiecocktails.eventbrite.com

RSVP for The Bessie Awards Press Conference to add comments!