"only one week to go!" open call for entries: FILMS, INSTALLATIONS, PAPERS 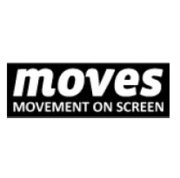 moves - International Festival of Movement on Screen
--- only one week to go! - deadline for open call (films/installations/papers): 13 December 2009 ---

THE THEME
Under the theme “Framing Motion”, moves - the International Festival of Movement on Screen will explore how practitioners choose to frame movement through their choice of setting and context, viewed through the eyes of the director, choreographer, animator,... in defining the boundaries for screen-based works. These can be real worlds or imaginary, abstract, impossible or augmented environments defined by a specific visual intent.
In looking at methods of capturing a sense of pulse and energy, we also investigate definitions of stillness. Rather than contradicting our central motif, it is the dialogue of pause-and-release through which motion occurs: capturing - if only for a moment - the essence of life ablaze.

ALTERNATIVE ROUTES AWARD
moves is part of Alternative Routes, a European network to encourage the transnational circulation of artistic and cultural works, developing a new route for experimental screen-based work in collaboration with three festivals in Hungary, Iceland and Portugal.
By participating in moves10's open call, you and your work enter the Alternative Routes competition with a chance to become part of this exciting network and tour to the partner festivals across Europe!

AR Prize: Alternative Routes will take you and your work as far as Iceland, Hungary and Portugal. The prize is a great opportunity to present your work across Europe, meet other artists, visit and get to know other organisations, and promote your work to industry people on international level.

AR Tour: Alternative Routes will take your work on tour and showcase it across Europe, using moves (UK), 700IS (Iceland), FRAME Research (Portugal) and INTERMODEM (Hungary) as platforms.

note: only Europe-based artists are eligible to enter the AR award.

Experience, create, debate and tour your work celebrating with us 6 years of moves!

RSVP for "only one week to go!" open call for entries: FILMS, INSTALLATIONS, PAPERS to add comments!