Usually, it’s a physical process. First, it’s about what are your physical cababilities and how far can you go with it? The idea by itself is not important enough; it’s about how we are going with it? How far you’re going to bring it? And about the training with dancers

It’s a long process of building a technique, actually. Of course, it’s not only about us in the studio as performers, but also about the audience. I think that this experience of watching is important. Then, it’s a lot about the scenography, and the light and the costume. How it’s going to allow the audience to focus on the performance. This focusing is important. And I think that these experiments are a mayor issue, although they are not sensing physical experience, it’s about the perception.

I guess that’s how the process goes and I’m trying to take away everything that is not necessary for the experience, both for the ‘doer’ and for the viewer. On this way you can have full experience and really focus on what we are really doing.

What about these technical parameters? Because you’re using many elements that are based on science… in your work scenography takes an important place, it’s a huge element in your language… basically, the light is dancing, the sound is dancing… So, you are doing everything by yourself?

BL: Yes! But for me it's much more coherent this way, because I can't work on the movement and then let someone else to show it the way they want. I don’t want to work with visual artists who haven’t been through the whole process and decided randomly to pick up some element. This aspect is gonna magnify or hide somehow. I’m responsible for this, and on this way I’m the scenographer, and the costume designer, light designer, because it’s a part of the process.

It has to be me, who goes through all these processes, otherwise it can’t be coherent. It goes along the creation; all these aspects are going to be parallel works. For instance, I can’t work on the movement and then wander how I’m going to show this, it’s all the part of the same process.

I’m working on the light little by little as much as with the movement. It’s all part of the same process, it can’t be divided for me, and it would be totally incoherent to work on the movement and then let someone else decide how it’s gonna be shown.

What are you seeking from your dancers?


BL: I want my dancers to go fully with the work. That they wanna go as far as they can building up a new technique every time with a new project, and not being afraid to spend hours and hours in the studio working on one simple thing, trying to bring it as far as they can.

You have rather good connections with Bulgaria? One of the company member is Bulgarian contemporary dancer Krassen Krastev...

BL: This just happened like this. Somehow I ended up in Bulgaria long time ago. I guess that was in 1992, if I’m correct, because I have won this Paris competition as a dancer. That was an arrangement with this competition, which is mostly ballet actually, I won it with contemporary dance, but it just happened that there was no first prize for ballet…

So, they have invited me in Varna to show my work. Of course, it was in the early nineties, still post communism situation, especially in Bulgaria; and there were mostly ballet happenings. I’ve felt a little bit like an alien in the middle of those things. I have showed them a quite contemporary solo in the middle of TuTu’s and point shoes, and Paquitas' and Copelias’… (laughs) which was really weird and I felt like most of the people were wondering what is this weird thing they were watching? 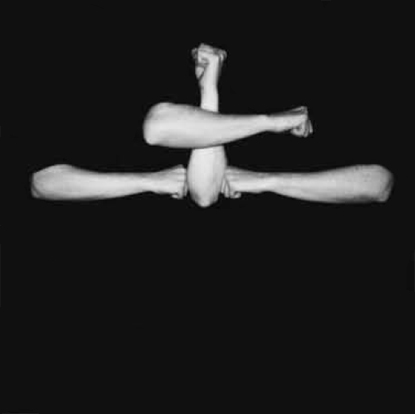 But there were actually few people; somehow it seems that it opened a lot their view on what was possible. Although, maybe for three or four person in the audience. For me that was really a strong experience to see that I could touch few people, and that my work has changed their artistic lives.

That was quite intense experience. One of these few people was Krassen. When he saw my work, he founded contemporary dance company in Bulgaria, which was the first. So, it felt like there was some kind of connection. Few years later we met again and I proposed him to dance for me, and since then we have been collaborating and it’s been a great collaboration.

What artists did inspire you in your work?

BL: It’s hard to say. There are a lot of artists that I really like. But in my work, I tend to avoid influences because I’m trying to build what I think choreographic work should be. I don’t want to take it for granted that this is dance and I should go for this.

I’m trying to build my own ideas on what contemporary dance, choreographic composition should be for me. Yeah, I don’t feel any influences. I find the work I’m doing as I’m being completely within and that’s the way it should be. What do you think about technology in dance?

BL: It’s just a tool. It’s not interesting by itself for me. I don’t need amazing technology. Actually for this solo, it’s the first time that I’m using some sort of new technology which is really simple. It was just this idea that the source light is lighting an object, but the object is being lit by itself, it’s the object itself that is giving light. And for this I had to investigate in new technology and I ended up working with this electronic luminescence which is kind of new.

Actually, it was really complicated to build this show because it was new, you don’t have a lot of information how this thing is going to work. That was the big part of the process to discover how this is working. There was not a lot of information on this. But it's just a tool, it could be something else. In other shows, I’m only using what’s already in the theatre. I’m not using a lot actually, just few lights most of people are using and I’m trying to get the most out of it. With this performance 'Solo#2-Fréquences' it was a little bit different. I wanted to use something we are bringing by ourselves. We have our lights; we have our curtains, the scenography that we are bringing with. In this situation when everybody is so close and all around you can not hide the source of light. So, then I needed to have light but not coming from outside. The source of light needed to be hidden, from every point of view. But it was just a tool to go where I wanted to go.

Do you work at the moment on some new piece?

BL: Yeah, I'm coming back to the trajectories in the space. Actually, I'm focusing more on bodies moving in the space and the interaction between the bodies. Rather then the movement of the body in one place, like in the 'Solo#2-Fréquences', where the body is not moving in the space. Then it's about the articulations of the body. I'm coming back more to trajectories and I would like to work now with more people. And again using the theatre context, front stage, big venues… we'll see how it goes…